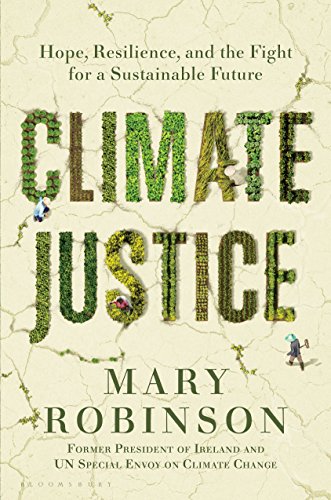 Climate Justice: Hope, Resilience, and the Fight for a Sustainable Future is described by Bloomsbury Publishing as "an urgent call to arms by one of the most important voices in the international fight against climate change, sharing inspiring stories and offering vital lessons for the path forward."

Author, Mary Robinson, is a former President of Ireland and a member of the UNI Special Envoy on Climate Change.